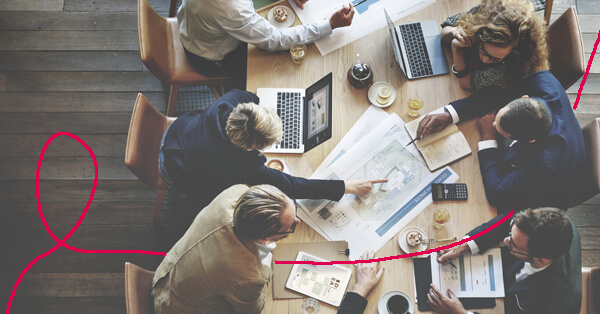 Some time ago, GIGHOUSE started diving into the freelance market. At the beginning of 2018, we conducted a large-scale market study that yielded a clear picture of the freelance market. Our Business Development managers are primarily engaged in ensuring that as many freelancers as possible are set to work at Flemish SMEs. However, we are forced to conclude that the labour market has some difficulty with the concept of ‘freelancer’. Entrepreneurs either don’t understand the benefits of hiring self-employed persons for their organisation, or they don’t understand the ‘system’ under which freelancers operate. We find this to be quite regrettable because it is precisely these freelancers who are going to ensure that business enterprises in Europe will be able to secure their further development in the decade ahead of us.

The best possible solution for the war for talent

All you SMEs out there: it’s time for a wake-up call! The freelancers are coming, and they can’t be ignored! This may sound a bit disruptive and even threatening, but we wish to emphasise that nothing could be further from the truth. Hiring freelancers is more than just a wonderful opportunity to take advantage of; freelancers are also the ideal weapon for winning the War for Talent.

We can say this because the scarcity in the labour market will not be alleviated by 2019. According to the VDAB (the Flemish Employment Service), the number of unemployed job seekers for every job opening has never been this big. The scarcity of the labour market has resulted in fierce competition when it comes to hiring talented individuals. Believe us, the quest for experts to put on your payroll is becoming not only more difficult but also more expensive. And it is exactly in regard to this that freelancers can offer solace.

We have noticed that an absolute minority of SMEs are engaged in finding a structural solution for their war for talent, and that is remarkable. Those who hire freelancers from time to time mainly do this on an ad hoc basis, to replace someone temporarily or in cases where their budget is so tight that this precludes them from putting someone permanently on the payroll.

We assume that employers have a rather limited understanding of freelancers. Being a freelancer is more than just being a freelance journalist or a freelance designer. More and more often, highly qualified people, such as IT or HR experts, are the ones taking the step to self-employment. These consultants have years of experience behind them and know both the market and their expertise like no other.

Why are so many SMEs finding it difficult to take the plunge and hire a freelancer? We recently wrote a blog post about it: there are quite a few persistent“myths” or misconceptions with regard to freelancers.

It’s true that a freelancer can steal your company secrets. But doesn’t this apply to permanent employees just as easily? Most freelance contracts include a confidentiality clause, which puts you, as a client, in a stronger position contractually. Also, the cost price of a freelancer is usually no higher than what you would pay for a permanent employee. Freelancers apply a previously determined hourly or daily fee, and you can count on them to keep track of the time they spent working. What you pay is what you get. Or was that the other way around? In conclusion, we have noticed that a freelancer’s acceptance into a team varies greatly depending on the availability of a detailed onboarding policy.

Read more about the misconceptions people have about freelancers ->

Freelancers: you can’t ignore them anymore. They are here to stay and are only growing in numbers. And politicians are aware of this.

There is a great deal of debate in the political arena about the status attributed to freelancers. The status and social protection of all workers is high on the European Union’s political agenda, including that of the self-employed. Eurofound has been analysing the details of new working practices in the EU Member States ever since 2013 in order to bridge existing gaps in our knowledge. This analysis also examines the impact on working conditions and the labour market. Eurofound has made several recommendations to policy-makers in a report. According to Eurofound, entrepreneurship should be encouraged in the interest of a dynamic economy, the innovative capacity of the market and the creation of new jobs.

Also, the threshold for starting your own business must be eliminated, and existing enterprises must be given support in order to grow. There should also be a social safety net to reduce the risks associated with entrepreneurship. In concrete terms, access to benefits in the event of unemployment, occupational accidents and illness is described as a major step forward.

The Flemish employers’ organisation Voka argues in favour of a completely new status for freelancers. Voka advocates a thorough discussion on the future of the labour market. The employers’ organisation refers to examples in the Netherlands, where the government aims to implement a status for self-employed workers, and the United Kingdom (which employs the status of ‘worker’).

Let us end on a positive note: fortunately, there are already many SMEs that do trust freelancers and that are already engaging these experts in a highly structured manner. Four out of ten Flemish entrepreneurs see a clear trend towards independence in their company. This was shown by a survey conducted among 400 entrepreneurs by the Flemish employers’ organisation Voka.

However, according to Voka, these new flexible forms of employment lack a clear framework. ‘In our country, there are no satisfactory regulations governing flexible and atypical labour’, says Hans Maertens, CEO of Voka. The dividing line between an employee and a self-employed person is becoming thinner and new practices on the labour market, such as platform labour and flexi-jobs, are on the rise. The labour market has to adapt to this.’

So, there is plenty of work to do. Thanks to the fall of the government, the negotiations for adopting a new status have been put on the back burner, and we propose to join forces to arrive at a sustainable solution that ensures a bright future for all parties (employers as well as freelancers).

Are you looking for a flexible solution for your business? GIGHOUSE subjects its freelancers to a thorough screening process and quickly matches the right freelancer to the right job, in which we take into account important aspects such as competencies and a cultural fit. Interested in a smooth collaboration with freelancers? GIGHOUSE will get you started, quickly and easily. 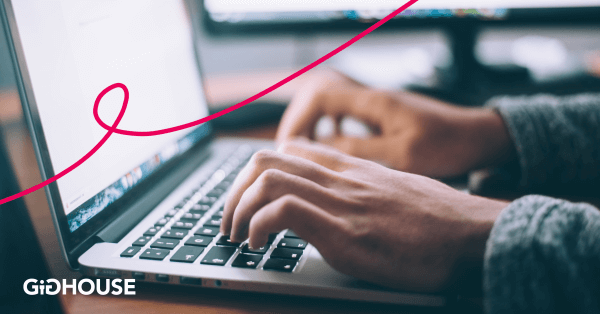 What is a midlancer? And what is the difference with freelancers? We list everything you need to know about midlancing. 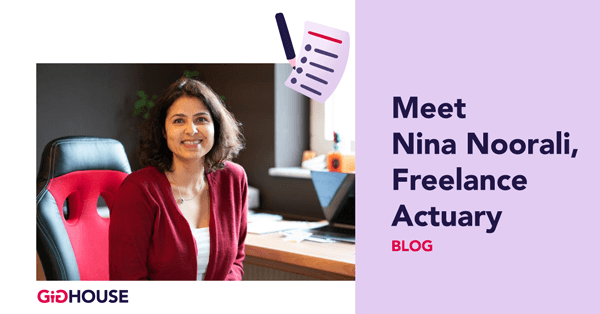 GIGHOUSE's newest add on is the implementation of actuarial consultants. Today we interview Nina Noorali who has been freelancing for 15 years. 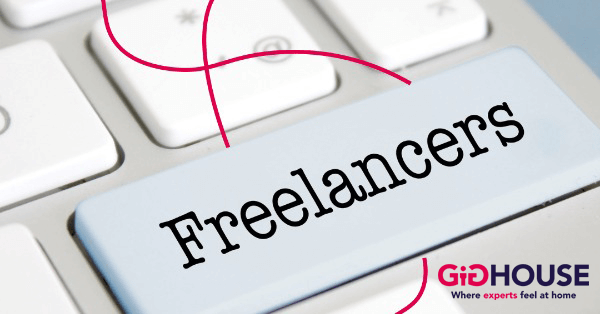 Where do I find a freelancer?

How do you find the right freelancer for your business? Although there is plenty of supply, it can still be quite a task to find the right match. Read below how you can proceed. 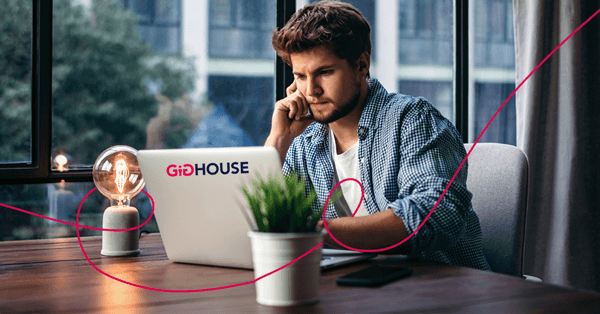 What is a freelancer?

The term freelance coincides with different meanings and interpretations. Finding a clear description isn't easy. So we wrote a blogpost about it. 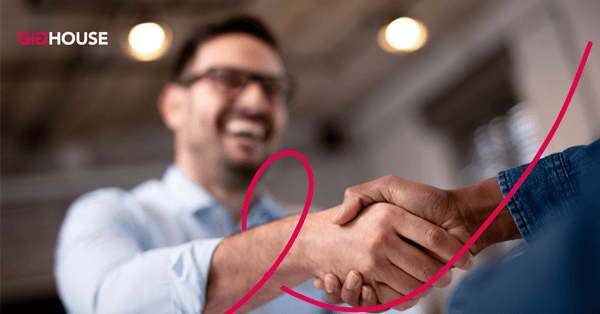 Do you want to optimally and properly on-board freelancers? This checklist will get you started:

Onboarding freelancers isn't a walk in the park. In this article we teach you how to properly onboard freelance talents. 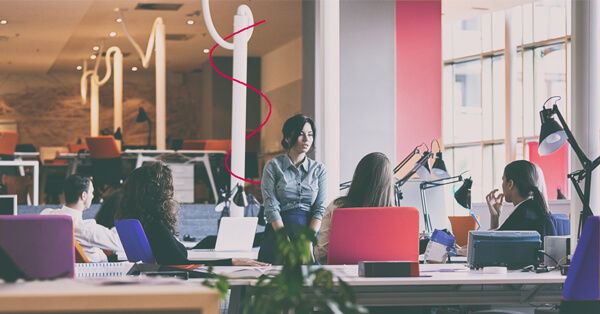 Why freelancers are the perfect employees for start-ups

Freelancers are fast, experienced and agile workers. They thrive best in flexible organisations. The start-up is the perfect place for freelancers to work their magic.

This website uses cookies to improve the functioning of the website. Necessary cookies are stored in the browser as they are required for basic functionalities to work. We also use third-party cookies to help us analyse and understand user behaviour on the website. These cookies are stored in the browser if we receive permission to do so. It is possible to opt out of these cookies. For some cookies this may have an effect on the user experience.
Necessary Always Enabled

Necessary cookies are essential in order for the website to function properly. This category includes only cookies that ensure that basic functionality and security is optimal. These cookies do not store any personal information.

Advertising cookies are used to provide users with relevant advertisements and marketing campaigns. These cookies track users across different websites and collect information that is used to tailor advertisements.

Performance cookies are used to analyse the performance of the website to ensure that users have a better experience.